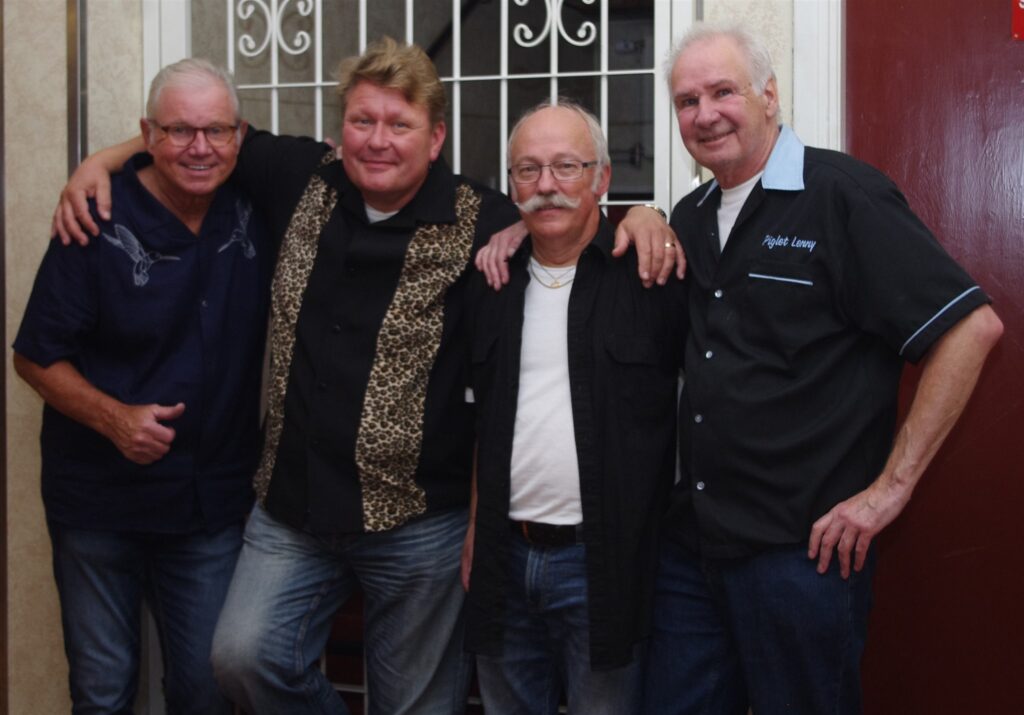 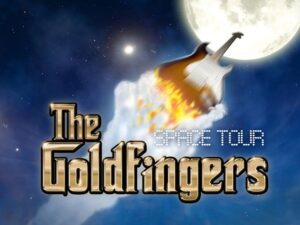 The Goldfingers started in the late ’90s with a focus on sounding like our role models The Spotnicks.
We were ”house band” at The Spotnicks Swedish Fanklubb who had monthly meetings in Hedefors.
In 2001 we played at the Shadows Festival Oslo and since then we have played different places in Sweden, Denmark, Norway, Germany, England and more. 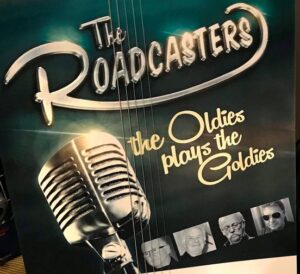 The Roadcasters story comes from people asking if we could play Rockabilly and Rock’N’Roll as well.
Said and done, presented with the Gretsch guitars, standing bass and drum club kit, ”all in” and new band name The Roadcasters.
Now we play everything from -50s onwards with i.a. many Elvis songs.
Roadcasters have also released an own CD which is recorded in ”Studio Skrikan” in Kungälv.
Responsible publisher:Carelia Records record company, Kristinehamn. Tel 076-825 96 83 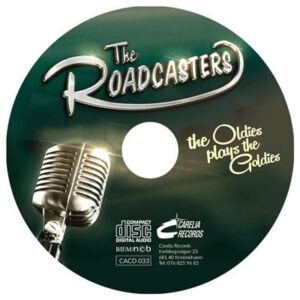 Here are some samples from the CD:
Jailhouse Rock
Route 66
Gee Whiz It’s You

So we are two bands with the same good guys at a mature age.
Welcome to hear from you!