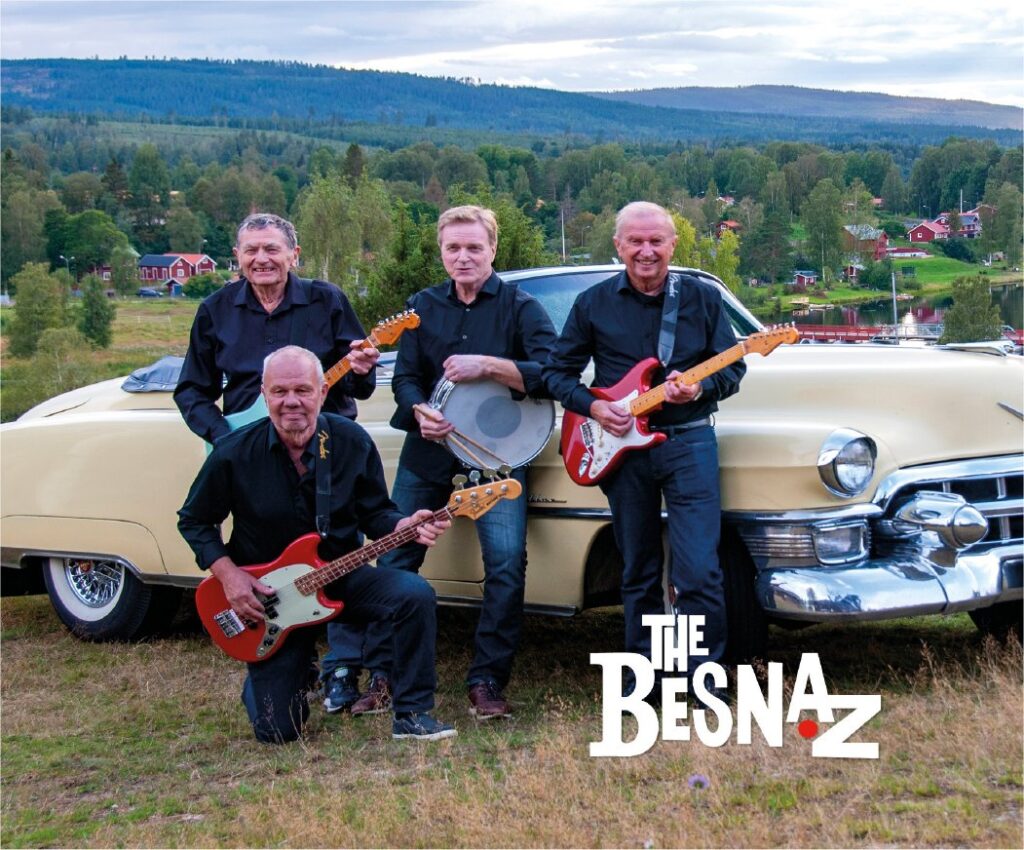 Background and description:
I (Bernt) have been interested in Spotnicks since the first time I heard THe Old Spinning Wheel back in 1961.
I had a band in the 60’s where we played dance music around central Sweden and the border areas in Norway. We already had some Spotnicks songs and also songs by Shadows.

Besnaz was formed in the spring of 2013. The name comes from the fact that we have our rehearsal room in Bäsna community center.
We then had Ingemar Lindström on bass. He has a distinct Stockholm dialect and could not pronounce the letter ”ä”. He always said Besna and then the band’s name got to be like that.

From 2018, we now have Anders Jansson on base. Anders and drummer Ove have both played in dance bands in the 70s and 80s.

We play a lot at pensioner meetings and nostalgia days. We have also participated in the Spotnicks Festival at Apple hotels (2017) and Backa Folkets hus (2018) in Gothenburg and has also played with the Cadillac Band.

We have recorded two CDs. The first with the title ”Just listen to my heart” 2016 and ”The Besnaz on Wheels” in 2020 and also had several songs on Radio Spotnicks’ top list.

Repertoire:
Our repertoire includes songs by The Spotnicks (about 12) and The Shadows (about 25) but also by Violents and
Ventures. Occasional songs from other bands too.
Favorite songs among Spotnick’s songs are Amapola, Johnny guitar, Karelia and Old spinning wheel.